Top Ten Movies You Should Not Watch Alone.

These are the movies that left you clinging onto mom and dad. Read below as we explore the top ten movies you shouldn't watch by yourself.

F.B.I. trainee Clarice Starling (Jodie Foster) works hard to advance her career, while trying to hide or put behind her West Virginia roots, of which if some knew, would automatically classify her as being backward or white trash. After graduation, she aspires to work in the agency's Behavioral Science Unit under the leadership of Jack Crawford (Scott Glenn). While she is still a trainee, Crawford asks her to question Dr. Hannibal Lecter (Sir Anthony Hopkins), a psychiatrist imprisoned, thus far, for eight years in maximum security isolation for being a serial killer who cannibalized his victims.

The first remake of the paranoid infiltration classic moves the setting for the invasion from a small town to the city of San Fransisco and starts as Matthew Bennell notices that several of his friends are complaining that their close relatives are in some way different. When questioned later they themselves seem changed as they deny everything or make lame excuses. As the invaders increase in number they become more open and Bennell, who has by now witnessed an attempted "replacement" realises that he and his friends must escape or suffer the same fate. But who can he trust to help him and who has already been snatched?

True-crime writer Ellison Oswalt moves himself and his family into a house where a horrific crime took place earlier, but his family doesn't know. He begins researching the crime so that he can write a new book about it to help his flailing career. He uses some "snuff" film footage he finds in the house to help him in his research, but he soon finds more than he bargained for. There is a figure in each of the films but who or what is it? As a result, his family start to suffer (as does he) and things take a turn for the worst. Will they survive?
—Michael Hallows Eve

Desirous of starting a family, the young Catholic housewife, Rosemary Woodhouse, and her struggling actor husband, Guy, move into the Bramford, New York's iconic building which brims with unpleasant stories of obscure dwellers and ghastly occurrences. Before long, the young couple is befriended by their elderly and somehow eccentric next-door neighbours, Roman and Minnie Castevet--and shortly after--Rosemary unexpectedly gets pregnant. However, little by little, as the inexperienced mother becomes systematically cut off from her circle and friends, alarming hints of a well-planned and sinister conspiracy will begin to emerge, enfolding Rosemary in a shroud of suspicion and mental agony. In the end, why is everyone so conveniently eager to help; furthermore, why is Guy allowing it?

Two pretty but ditsy American girls are on a road trip through Europe. In Germany, they end up alone at night with a broken car in the woods. They search for help and find an isolated villa. The next day, they awaken to find themselves trapped in a terrifying makeshift basement hospital along with a Japanese man. An older German man identifies himself as a retired surgeon specialized in separating Siamese twins. However, his three "patients" are not about to be separated but joined together in a horrific operation. He plans to be the first person to connect people via their gastric systems. By doing so, he plans to bring to life his sick lifetime fantasy, the human centipede.
—Producer Ilona Six

Three film students set out into the Black Hills Forest to make a documentary on the legendary Blair Witch. Armed with a 16mm camera, a Hi8 video camera, and a DAT recorder, every step, word and sound is captured. After wandering around the Black Hills Forest, Heather, Josh, and Mike are cold, lost and hunted. Finally, one night after the last ray of light had left the forest black, they were never to be seen again. One year later, a bag full of film cans, DAT tapes, and video tapes were found. The behind the scenes, video footage and the film, are cut together, and this is..."The Blair Witch Project."

Ana goes home to her peaceful suburban residence, but she is unpleasantly surprised the morning that follows when her husband is brutally attacked by her zombified neighbor. In the chaos of her once picturesque neighborhood, Ana flees and stumbles upon a police officer named Kenneth, along with more survivors who decide that their best chances of survival would be found in the deserted Crossroads Shopping Mall. When supplies begin running low and other trapped survivors need help, the group comes to the realization that they cannot stay put forever at the Shopping Mall, and devise a plan to escape.

After a young, middle class couple moves into a suburban 'starter' tract house, they become increasingly disturbed by a presence that may or may not be somehow demonic but is certainly most active in the middle of the night. Especially when they sleep. Or try to. 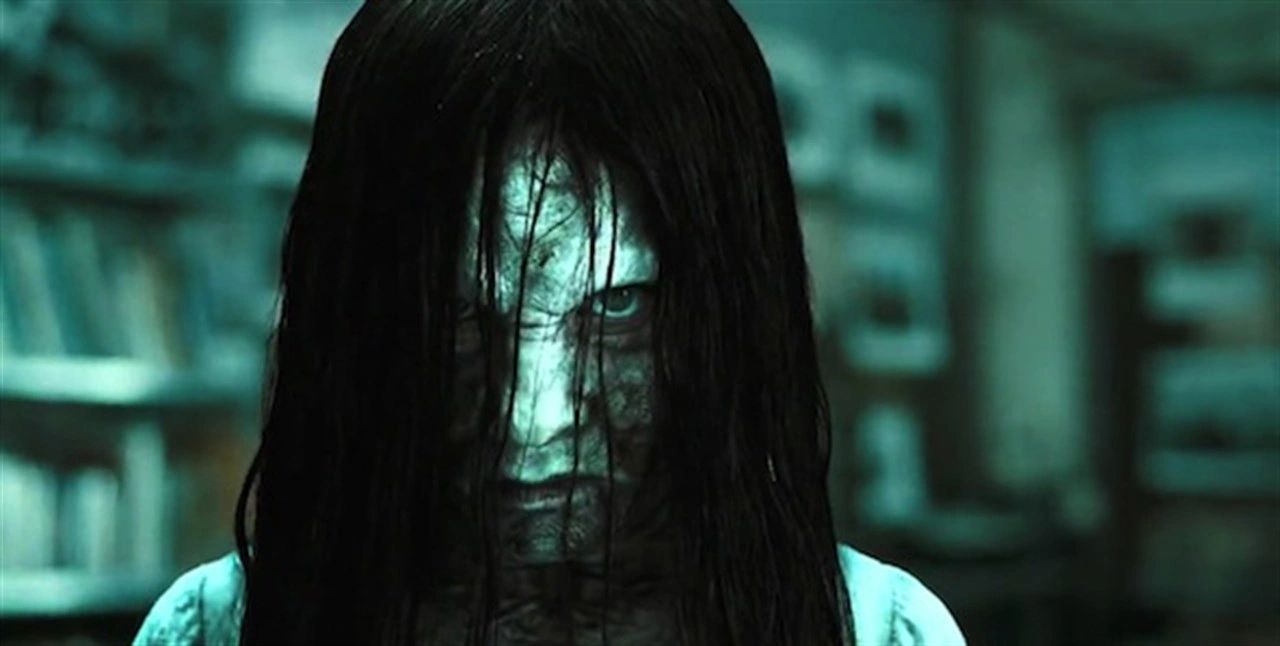 Rachel Keller is a journalist investigating a videotape that may have killed four teenagers (including her niece). There is an urban legend about this tape: the viewer will die seven days after watching it. If the legend is correct, Rachel will have to run against time to save her son's and her own life.

A visiting actress in Washington, D.C., notices dramatic and dangerous changes in the behavior and physical make-up of her 12-year-old daughter. Meanwhile, a young priest at nearby Georgetown University begins to doubt his faith while dealing with his mother's terminal sickness. And, book-ending the story, a frail, elderly priest recognizes the necessity for a show-down with an old demonic enemy.